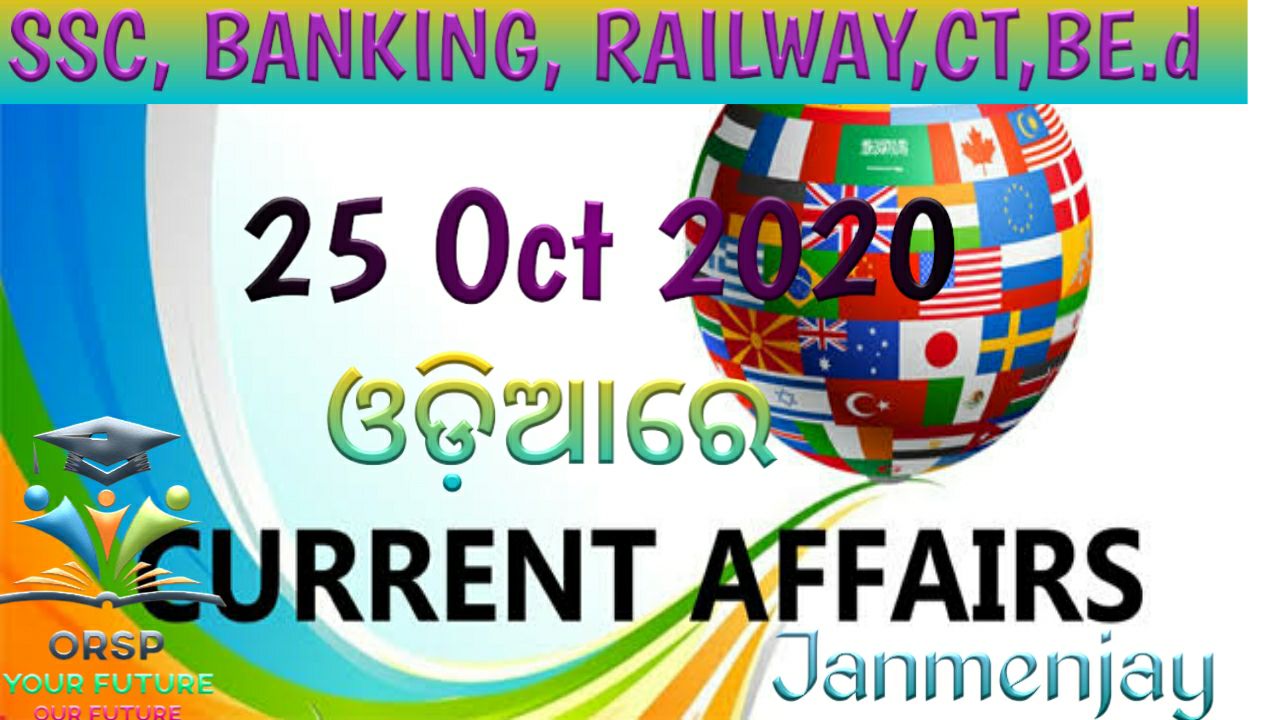 October 24 has been celebrated as United Nations Day since 1948.

US approves sale of weapons systems worth around 1.8 billion dollar to Taiwan

The US State Department has approved the sale of weapons systems worth around 1.8 billion dollar to Taiwan.

Brazil’s President Jair Bolsonaro has decided to cancel the purchase of Coronavac, a COVID-19 vaccine in phase-3 clinical trials by Chinese firm Sinovac.

India’s indigenous COVID-19 vaccine candidate, COVAXIN, developed by Bharat Biotech in collaboration with the Indian Council of Medical Research (ICMR) has received the nod for Phase-3 clinical trials in the country.

In a novel initiative of Uttar Pradesh government, police personnel will also converse in regional dialects on 112 police Help Line to the convenience of the rural population of the state.