Solution:
The correct answer is Uttar Pradesh.
Key Points
Uttar Pradesh has been awarded the first prize in the 3rd National Water Awards in the best state category, followed by Rajasthan and Tamil Nadu. The first National Water Award was launched by the Jal Shakti Ministry in 2018. The Department of Water Resources, River Development, and Ganga Rejuvenation, Ministry of Jal Shakti gave 57 awards to states, organizations, etc. in 11 different categories

Solution:
The correct answer is China.
Key Points
India is among the six Indo-Pacific nations participating in a multi-lateral antisubmarine warfare exercise in the Pacific Ocean. The Sea Dragon 22 exercise began on January 5, 2022, along with the navies of India, Australia, Canada, Japan, and South Korea. The exercise is primarily centered on anti-submarine warfare training and will involve more than 270 hours of in-flight training.

Additional Information
The 15th edition of the Maldives, India, and Sri Lanka biennial trilateral exercise
‘Dosti’, which began in the Maldives on 20 November 2021, concluded on 24 November
2021. The Chief of the Naval Staff is Admiral R Hari Kumar. The headquarters of the Indian Navy is Integrated Defence Headquarters, Ministry of Defence, New Delhi.

Below are the list of Exercises and Participating Nations:

Vajra Prahar —India and US

Solution:
The correct anwer is the Delhi Electricity Regulatory Commission (DERC).
Key Points
The Delhi Electricity Regulatory Commission (DERC) has bagged the SKOCH silver award in the ‘Power and Energy’ category. The award was given for its outstanding contribution towards ensuring quality,
accessibility, and availability of power at an affordable price focusing sustainable
environment. SKOCH Group is a think tank dealing with socio-economic issues with a focus on
inclusive growth.

Solution:
The correct answer is China.
Key Points
Researchers in China have developed an industrial robot that can read a human co- worker’s mind with 96% accuracy. The robot not only monitored the worker’s brain waves but also collected electric signals
from muscles, as it worked to assemble a complex product.
It has been developed at China Three Gorges University’s Intelligent Manufacturing
Innovation Technology Centre.

Important Points
The robot reportedly followed commands of the workers 70 percent of the time but did
need volunteers to “concentrate very hard” for the brain message to be read. The robot created by Dong’s team was put through hundreds of hours of training by eight
volunteers. The number of industrial robots in China has been growing at a pace of 15% annually
since 2016.
Additional Information
China:Capital – Beijing. Currency – Chinese Yuan, Renminbi. National Sport – Table Tennis.

Solution:
The correct answer is Philippines. Key Points
Child marriage has become illegal in the Philippines. A law banning the practice took effect in a country on 6 Jan 2022. One in six girls enters wedlock before the age of 18 in the country. The impoverished Southeast Asian country has the 12th highest number of child marriages in the world, according to Britain-based rights group Plan International.
Important Points
The law is consistent with international conventions on the rights of women and
children. However, some portions of the legislation have been suspended for one year to allow for
a transition period for Muslims and indigenous communities in which child marriage is
relatively common.
Additional Information
Philippines: Capital – Manila. Currency – Philippine peso

Also Check Below Links for More Practice Of Current Affairs 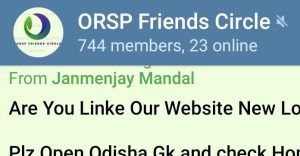