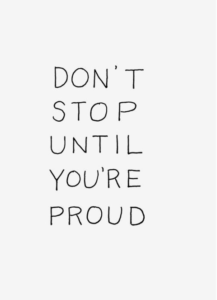 Recently which among the following has launched Corporate India
Risk Index? 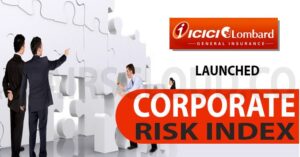 A total of 15 sectors including IT/ITeS, BFSI, automotive and ancillary, pharma and biotech, ecommerce, manufacturing, realty, FMCG/retail among others are part of this index.

The framework measures risk across four parameters– awareness, probability, criticality and
preparedness; bifurcated into risk exposure and risk management. Through individual scores, a
firm will be featured on a spectrum spanning from being ineffective to over-prepared.

A report titled “Traffic Crash Injuries and Disabilities: The Burden on
Indian Society” has been published recently by whom?

A report titled “Traffic Crash Injuries and Disabilities: The Burden on Indian Society” has been
published recently by The World Bank.

Road crashes endanger the lives and livelihoods of millions of road users globally and in India.
Owing to the epidemic of road crashes, in 2010, the United Nations General Assembly
proclaimed 2011 – 2020 as the “Decade of Action for Road Safety” and the Sustainable
Development Goals (SDGs) included two important targets on road safety.

The World Bank is headquartered in Washington, D.C., and President
is David Malpass.

Parag Honour list for 2021 is in news these days. It is related to which of
the following? 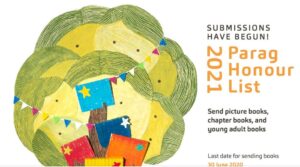 Parag Honour list for 2021 is in news these days. It is related to Books.

The list was launched Saturday by actor Soha Ali Khan, who said such curated reading lists can
support educators, librarians and parents to know about the best Indian children’s books being
published each year.

Which among the following has rolled out the Mahatma Gandhi National
Fellowship programme nationwide?

In a bid to strengthen skills training at district level, the skills development ministry on Saturday
launched the Mahatma Gandhi National Fellowship (MGNF) programme nationwide in
partnership with nine Indian Institutes of Management across India. The programme has been
launched under the World Bank loan assisted programme SANKALP (Skills Acquisition and
Knowledge Awareness for Livelihood Promotion)

A mobile application ‘Snakepedia’ has been launched in which state? 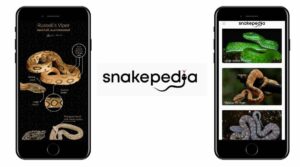 A mobile application ‘Snakepedia’ has been launched in Kerala.

A team of scientists, nature lovers and doctors have come up with a
mobile application ‘Snakepedia’ on snakes in Kerala to help the public as
well as doctors to treat snake bites.
Snakepedia is a comprehensive android mobile application that
documents information on snakes with the help of pictures,
infographics and podcasts and analyses its first aid, treatment, myths
and superstitions.
Kerala is home to over 100 species of snakes that belong to 12 families.
Of these, the most common venomous ones are known as the big four:
spectacled cobra, Indian krait, Russell’s viper and saw-scaled viper.

India’s first dolphin research centre will come up in which city?

India’s first dolphin research centre will come up in Patna.

Recently which among the following has launched a campaign to
become Covid-free by February 28?

A campaign has been launched to ensure there were no COVID-19 cases by this month end in
the union territory, where the daily count has fallen to single digits, a Health department official
said on Sunday. Under the “Zero Covid by Feb28” campaign, all those who had come into
contact with people infected with coronavirus would be identified and provided treatment, so
that the further spread of the pathogen could be prevented. Kiran Bedi is the Lieutenant
Governor of Puducherry.
Puducherry is a Union Territory of India, which implies that governance and administration fall
directly under federal authority. The major languages spoken in the areas are Tamil, Malayalam,
and Telugu. Tamil is predominant in the southern settlements of Puducherry and Karaikal;
Malayalam is predominant in Mahe; and Telugu is spoken mainly in Yanam.
Puducherry comprises the former French establishment Puducherry, Karaikal, Mahe and Yanam,
which lie scattered in South India. Puducherry, the capital of the territory was once the original
headquarters of the French in India. It was under the French rule for 138 years and merged with
the Indian Union on 1st November 1954.

Didir Doot and Modipara apps are in news these days. These apps are primarily
related to West Bengal.
An app battle is ongoing in West Bengal because the BJP and the Trinamool
Congress have taken their election marketing campaign to the digital house,
and it’s fought between Modipara (Modi’s neighbourhood) and Didir Doot
(Didi’s messenger).
As West Bengal heads to Assembly polls, the ruling Trinamool Congress (TMC)
and the emerging Bharatiya Janata Party (BJP) are fighting the state elections
with more than just speeches and roadshows.
A competition is ensuing between apps floated by the two parties. The
Modipara was launched by Union Minister Amit Shah in his recent three-day
visit to West Bengal, while the TMC rolled out Didir Doot on February 4 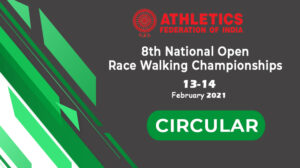 Recently Eighth National Open Race-Walking Championships held in Ranchi.
Three Indian race walkers qualified for the upcoming Tokyo Olympics during
the National Open Race Walking Championships on Saturday, with Sandeep
Kumar and Priyanka Goswami shattering national records in the men’s and
women’s 20km events respectively.
The National Open Race Walking Championships are the first major athletics
event after the end of a COVID-19 lockdown, which had caused the entire
domestic calendar to be wiped out last season.
The event was organised by The Athletics Federation of India (AFI) is the apex
body in Athletics in India and is responsible for conducting Competitions in the
country. It was earlier called as Amateur Athletic Federation of India (AAFI). It
is associated with both Asian Athletics Association (AAA) and World Athletics.

Titagarh Wagons has signed a contract with which branch of the Indian
armed forces recently?

Titagarh Wagons has been awarded a contract for construction and supply of five
Diving Support Craft (‘DSC’) from the Indian Navy. The value of order is about Rs.
174.76 crore. As per the contract, the DSC has to be supplied within 30 months.
“The contract envisages the construction of five DSCs. Once commissioned, the DSC
will meet the mission needs of Command Clearance Diving Teams (CCDTs) which are
involved in providing diving assistance to all ships inside and close to the harbour for
underwater repair, maintenance, and salvage,” said an official statement.
The statement added, “Fitted with state of the art diving equipment and tools for
performing diving operations, Diving Support Craft will be a game-changer in
conducting diving operations and will serve as an ideal platform for conducting
training of the Indian Navy’s diving cadre.”

MCQ for you all to answer

Which Indian state is the largest in terms of the total area
covered ? (SSC CGL 2017)