Recently Cabinet of the Government of Punjab has approved the mission ‘Lal Lakir’.
The Punjab Cabinet recently approved the implementation of mission ‘Lal Lakir’ aimed at
facilitating villagers to monetize property rights and availing benefits provided by the government
departments, institutions, and banks in all villages across the state.

‘Lal Lakir’ refers to land that is part of the village ‘Abadi (habitation) and is used for non-agriculture purposes only.
Under the mission, the right of record of properties within ‘Lal Lakir’ in the villages of the state
will be prepared with the cooperation of the government of India under the SVAMITVA (Survey
of Villages and Mapping with Improvised Technology in Village Areas) scheme. It will go a long
way in improving the living standard of villagers and boosting their self-esteem.

Recently, Road Transport Minister Nitin Gadkari and Power Minister R K Singh launched the “Go
Electric” Campaign to spread awareness on the benefits of e-mobility and EV Charging
Infrastructure as well as electric cooking in India. During the event, it was announced that NTPC
is planning to start a premium hydrogen fuel bus service on Delhi to Jaipur route. However, no
specific timeline has been provided for when the service would be started.

This new service is going to be a pilot project to test the viability of fuel cell buses for the
intercity commute. It will also help to analyze the affordability quotient of fuel cell buses against
the conventional ICE bus service.

‘Shri Guru Ravidas was a poet-saint, social reformer and a spiritual figure of the Bhakti
movement and founder of Ravidassia religion during the 15th to 16th century CE.
Venerated as a guru/teacher in the region of Uttar Pradesh, Rajasthan, Maharashtra,
Madhya Pradesh and mainly Punjab and Haryana. The details of Ravidas’s life are not
well known. Scholars state he was born in 1450 CE and died in 1520 CE. ‘Shri Guru
Ravidas was also known as Raidas.
ADDITIONAL INFORMAITON

30th Adriatic Pearl Tournament is being held in which country in Montenegro.
Indian boxers continued their impressive run at the 30th Adriatic Pearl Tournament in Budva,
Montenegro. Good reports coming from Montenegro continuously as that Indians confirmed
the colours with 2 more gold, 2 silver and 3 more bronze on penultimate day.
Montenegro is a Balkan country. It is bounded by the Adriatic Sea and Croatia (southwest),
Bosnia and Herzegovina (northwest), Serbia (northeast), Kosovo (east), and Albania (southeast).
Capital of Montenegro is Podgorica & Currency is Euro.
Montenegro is classified by the World Bank as an upper middle-income country, Montenegro is
a member of the UN, NATO, the World Trade Organization, the Organization for Security and
Co-operation in Europe, the Council of Europe, and the Central European Free Trade
Agreement. Montenegro is a founding member of the Union for the Mediterranean. It is also in
the process of joining the European Union.
ADDITIONAL INFORMAITON

Country’s first Digital University has been inaugurated recently in Kerala.
Governor Arif Mohammed Khan inaugurated the country’s first digital university based
in Technocity in Thiruvananthapuram via a video conference on Saturday. Speaking at
the inaugural function, the governor said the project reflects the state’s resolve to
embrace new technologies in higher learning.
Chief minister Pinarayi Vijayan presided over the function, where Governor Arif
Mohammed Khan, who is also the Chancellor of the Kerala University of Digital
Sciences, Innovation and Technology (KUDSIT), unveiled the university plaque.
Technocity is a technology park an under construction integrated township in
Thiruvananthapuram, Kerala, India dedicated to electronics, software, and other
information technology. Thiruvananthapuram (or Trivandrum) is the capital of Kerala.
ADDITIONAL INFORMAITON

Madhya Pradesh Chief Minister has recently announced to rename Hoshangabad city
of the state as Narmadapuram.
Madhya Pradesh Chief Minister Shivraj Singh Chouhan has announced that
Hoshangabad city in the state would be renamed as Narmadapuram and a proposal to
that effect would be sent to the Centre. He made the announcement during the
Narmada Jayanti programme held in Hoshangabad on Friday evening.
Madhya Pradesh, state of India. as its name implies—madhya means “central” and
pradesh means “region” or “state”—it is situated in the heart of the country. The state
has no coastline and no international frontier. It is bounded by the states of Uttar
Pradesh to the northeast, Chhattisgarh to the southeast, Maharashtra to the south,
Gujarat to the southwest, and Rajasthan to the northwest. The capital is Bhopal, in the
west-central part of the state.
ADDITIONAL INFORMAITON
MCQ-7
Folk Art Festival “Utsavam 2021” is being celebrated in which
state these days?
ଲୋକକଳା ମହୋତ୍ସବ “ଉତ୍କଳ 2021” ଯେଉଁଥିରେ ପାଳନ କରାଯାଏ |
ଆଜିକାଲି କୁହନ୍ତୁ?

Folk Art Festival “Utsavam 2021” is being celebrated in which state these days
Kerala Tourism is hosting the annual folk arts festival named Utsavam 2021. The festival started
from February 20, 2021 and will last for seven days. Rich in tradition, folk charm, art forms and
ritualistic practice, the folk fest has been organised across several districts in Kerala.
The 13th edition of the festival will feature numerous artists showcasing the heritage and
culture of the state that has bloomed over the centuries.
According to the latest reports, the folk art festival will have pro artists in attendance in their
original style. Utsavam 2021 is meant to sustain, popularise and empower the art forms of
Kerala, more so, the ones which are in need of attention. It also provides platform to the folk
and cultural artists especially the ones that deserve attention and focus after being pushed into
anonymity due to the lockdown and pandemic. It is a hope of support to artists hit by the COVID
pandemic.
The festival will be hosted in 30 venues across the state. Utsavam is being hosted by Kerala
Tourism, District Tourism Promotion Councils, Bharat Bhavan and Kerala Folklore Academy.
Kerala, also known as God’s Own Country, is a state known for its backwaters. It has hill stations,
tea and coffee estates, ancient spiritual sites, great food, dance forms like Kathakali,
Mohiniattam and Thullal as well as a rich culture.
ADDITIONAL INFORMAITON

The 18th edition of BioAsia-2021 will be organised online from Hyderabad.
The 18th edition of BioAsia will be conducted virtually from February 22 to 23, 2020. Minister
for Industries and Commerce KT Rama Rao unveiled the logo, website, and theme – Move the
Needle – for the event on Monday.
“BioAsia, which is the State’s flagship event, has emerged as an important global meeting to
deliberate on the opportunities, challenges, and solutions for the Life Sciences sector,” he said.
“With the theme ‘Move the Needle,’ the event will provide a platform to deliberate on topics of
paramount importance, essentially centered around dealing with Covid-19, preparing for new
realities of healthcare, and much more. The Life Sciences Advisory Committee of the State will
spearhead and advise on the conduct of the event,” said Principal Secretary, IT and Industries,
Jayesh Ranjan.
Over the course of 17 years, the event has witnessed participation from over 20,000 leaders
representing over 93 countries. Shakthi Nagappan, CEO of BioAsia and Director (Life Sciences),
Government of Telangana, said, “Going virtual, the 2021 event will have a wider global reach
and we are anticipating participation of about 30,000 Life Sciences professionals from around
the world.”
ADDITIONAL INFORMAITON
MCQ-9
Recently, India signed $50 million defence LoC agreement to boost
maritime capabilities with which Indian Ocean country?
ସମ୍ପ୍ରତି ଭାରତ ବୃଦ୍ଧି ପାଇଁ 50 ମିଲିୟନ ଡଲାରର ପ୍ରତିରକ୍ଷା LoC ଚୁକ୍ତିନାମା ସ୍ୱାକ୍ଷର କରିଛି
କେଉଁ ଭାରତ ମହାସାଗର ଦେଶ ସହିତ ସାମୁଦ୍ରିକ ସାମର୍ଥ୍ୟ

Recently India signed $50 million defence LoC agreement to boost maritime capabilities
with Maldives.
India has signed a USD 50 million line of credit (LoC) agreement with the Maldives to
facilitate maritime capability building of the island nations.
According to a joint India-Maldives joint statement, the agreement was signed between
the Government of Maldives and EXIM Bank India.
The agreement was signed during the visit of External Affairs Minister S Jaishankar to the
Maldives. “Welcome the signing of USD 50 million Defence LoC agreement with the
Maldives. Will facilitate capability building in the maritime domain,” Jaishankar tweeted.
Jaishankar, accompanied by a delegation of senior officials from India, paid an official visit
to the Maldives on 20-21 February 2021 at the invitation of Maldivian Foreign Minister
Abdulla Shahid. During the visit, Jaishankar called on Maldives President Ibrahim Mohamed
Solih.
Maldives is a small archipelagic state in South Asia. Capital of Maldives is Malé and
Currency is Maldivian rufiyaa
ADDITIONAL INFORMAITON
MCQ-10
A weekly programme ‘Jal Hai Taan Kal Hai’ is being aired in
which state?
ଏକ ସାପ୍ତାହିକ କାର୍ଯ୍ୟକ୍ରମ ‘ଜଲ୍ ହ  ତାନ୍ କାଲ୍ ହ ପ୍ରସାରିତ ହେଉଛି |
କେଉଁ ରାଜ୍ୟ?
A. Punjab
B. Haryana
C. Bihar
D. Gujarat

A weekly programme ‘Jal Hai Taan Kal Hai’ is being aired in Punjab.
Punjab government is running the ‘Jal Jeevan Mission,’ to provide potable drinking water to the
rural households.
A weekly TV program “Jal Hai Taan Kal Hai” is being aired to educate and sensitize all the
participants about the objectives and workings of Jal Jeevan Mission under ‘Har Ghar Nal, Har
Ghar Jal’ campaign. From February 21, the program will now be aired every Sunday at 5.30 pm
on Doordarshan Jalandhar / DD Punjabi and on All India Radio Jalandhar (AIR) at 7 pm. This is
the first time the program will be aired on AIR. Earlier it was telecasted on Doordarshan
Jalandhar / DD Punjabi on every Friday at 5.05 pm.
A spokesperson of the Water Supply and Sanitation Department said that the program was
hosted by renowned actor Bal Mukand Sharma. He said that the main objective of the Punjab
Government is to provide drinking water to every rural family, school, anganwadi center, health
center and community building by March 2022.
ADDITIONAL INFORMAITON 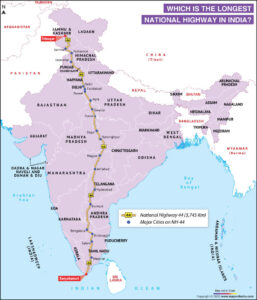 MCQ for you all to answer
Bishnoi movement was started against which of the
following?
(SSC CGL 2017)
A) Cutting of Trees
B) Inequality of Women
C) Killing of Animals
D) Increasing Pollution